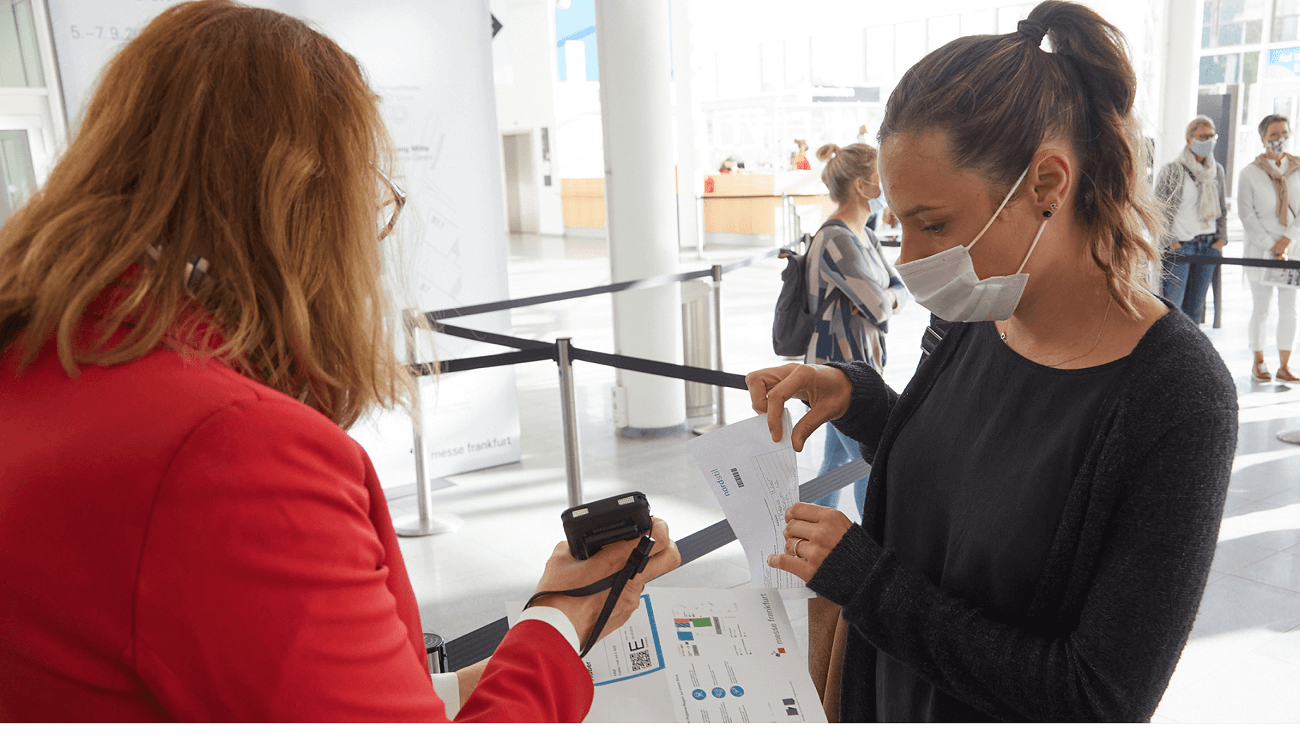 A modern and elegant app

In 2010, simlea GmbH was the first service provider in Germany to offer a mobile trade fair lead application. Since then, the lead management provider has counted the internationally active ProMinent group of companies, manufacturer of components and systems for metering liquids and solutions for water treatment and water disinfection, among its customers. We spoke to Annette Friedl, Marketing Manager Communication, Trade Fairs & Events of ProMinent GmbH, about the SIMLEA Lead App.

Ms Friedl, what was your approach to lead recording at trade fairs before ProMinent decided on the SIMLEA Lead App?

“We have been using the digital trade fair lead application from simlea GmbH since 2010. Before that, we completed the trade fair reports manually on paper and attached the corresponding business cards to them. Naturally, this was accompanied by problems – for example, the handwriting of the booth staff was difficult to read at times and individual trade fair reports got lost in the general hustle and bustle of the fair. After the trade fair, we handed over the pile of trade fair reports to our sales department, which manually entered the data into the downstream systems. Afterwards, the sales staff was able to contact the interested parties again, which took a comparatively long time. We therefore decided to optimize the recording process of our trade fair reports.”

To achieve that, you have come to the right address with simlea GmbH. How did you come across the SIMLEA Lead App?

“We knew that a digital trade fair lead application would make it much easier for us to record our contacts at the trade fair. The simlea GmbH was the first provider of such an application in Germany. Furthermore, the SIMLEA Lead App is a modern and elegant app with a good cost-benefit ratio. We are also thrilled with the personal contact with the application’s providers. After all, we can always count on the high customer orientation and the comprehensive service of simlea GmbH. In October 2010, we used the app for the first time at the interbad in Stuttgart. One year later – in October 2011 – the tool’s second use followed at the Aquanale in Cologne.”

What happened from then on – at how many trade fairs have you used the SIMLEA Lead App since then?

These are many prospective customers. How exactly does the SIMLEA Lead App make everyday trade fair life easier for you when generating leads?

“The SIMLEA Lead App already simplifies our processes while we are still preparing for the trade fair. simlea GmbH creates the trade fair report’s basic version for us. We then edit all further adaptations ourselves, be it changes in the form or an adaptation for another trade fair. In the same way, the app enables us to set the language versions we need for the respective trade fair. As we are present in over a hundred countries with numerous companies, branches, and production facilities worldwide, the app’s different language versions make our work much easier. A few months ago, for example, we used the lead app at a trade fair in Italy.”

And when the preparations for the trade fair completed – what does your work with the SIMLEA Lead App look like at the event itself?

“At the fair itself, the app is a great help for us. It is much easier to take photos of the business cards of the booth visitors via the app using OCR recognition than to fill in hundreds of handwritten fair sheets. Another very positive feature of the app is that we can already generate reports during the event and draw preliminary conclusions for the individual days of the fair. This is a great motivation for our booth staff to generate as many contacts as possible during the remaining days of the fair.”

After the trade fair, the SIMLEA Lead App also produces a complete report for you.

“Exactly, this is another great advantage of the app. The SIMLEA Lead App provides us during and after the trade fair with a list of how many leads we have achieved. This enables us to calculate factors such as the cost-per-lead and the return on investment (ROI) of the fair quickly and easily. After the trade fair, it is thus easier for us to assess whether our visit was worthwhile. On this basis, it is possible to compare the various trade fairs at which we are present. In the next step, we can more easily justify to our management at which trade fairs we want to exhibit again in the future and at which not.”

Moreover, your new contacts can be contacted more efficiently after the trade fair than before. How do you go about this?

“After the trade fair, we export the data of our new contacts from the app’s backend in the desired format and upload it into our systems. In the next step, our sales department can then contact our trade fair leads in a timely manner and achieve the sales success we would like to see at the trade fair. After all, it is becoming more and more important to get in touch quickly after the trade fair to possibly pre-empt market competitors – not to mention the positive company image.”

How do you want to benefit from the SIMLEA Lead App in the future?

“In the future, we would like to use the SIMLEA Lead App at even more trade fairs than before. At big fairs as well as at small exhibitions and congresses, national and international. Naturally, we want to make full use of the app’s numerous functions. This also includes the fact that we want to further accelerate data export at the trade fairs thanks to an interface to our internal systems. We plan to pursue this topic next year together with simlea GmbH.”

Many thanks for the interview!

Your details will be processed to process the contact request and to process it in accordance with Art. 6 Para. 1 lit. b) GDPR.